The annual tech and electronics meeting in Las Vegas has been abandoned by industry giants due to the Omicron variant of Covid-19, but startups have taken the place with their innovations, robots and increasingly connected devices.

– When the jaw becomes a remote control –

A double click of the jaw, and the music stops: the idea works but its interest does not jump to the eyes, unless we consider a world with more connected beings around us to control.

French startup Wisear is working on technology to detect electrical signals between the brain and specific muscles to communicate with connected devices.

“For 30 years, we have vastly improved the power of digital technology around us, but we still use the same tools—keyboard, mouse and touchscreen” to interact with machines, explains Yasin Ashyakh, co-founder of Wisear.

“We want to create a comprehensive and easy-to-use interface.”

At this point, his team has integrated their system into a headset that can recognize jaw movements. So their user can pause the cell phone music, and restart it, pretending to be chewing.

The idea came to them by monitoring the progress of Neuralink, Elon Musk’s company that designs implants to be able to communicate with machines through thought.

“We told ourselves, ‘It’s a shame we have to wait 50 years for brain implants before allowing people to better interact with the digital world,'” notes Mr. Achiakh.

His company plans to improve its technology (and expand the range of possible actions) to license it to tech giants.

These will be able to integrate it into headphones but also into augmented reality glasses, where users will enjoy controlling the screen without taking out their smartphone.

Boston Dynamics’ robot dogs – compared to the killer robots from an episode of the dystopian series Black – are back with big ambitions.

They performed a dance performance to the music of South Korean band BTS, at the booth of Hyundai, which bought the robot maker last year.

The presentation also included an animation detailing Hyundai’s vision for the four-legged device.

The company hopes to one day send them to Mars, where they become the eyes and ears of humans curious to experience life on the Red Planet in virtual reality.

“By linking robots to metaverses, we will be able to move freely between the real world and virtual reality,” said Chang Song, president of Hyundai, in a press release.

The metaverse defines the future possibilities of the Internet, a kind of parallel universe where you will mix augmented and virtual realities, which people will access via connected objects (glasses, helmets, etc.).

“The notion of transformation is that space, time, and distance will lose their relevance,” Zhang Song added.

– Silence in the powder –

Ski in the front, track in the back, handlebars, padded seat and above all, battery: MoonBikes are the first electric snowboard bikes, according to the startup of the same name. 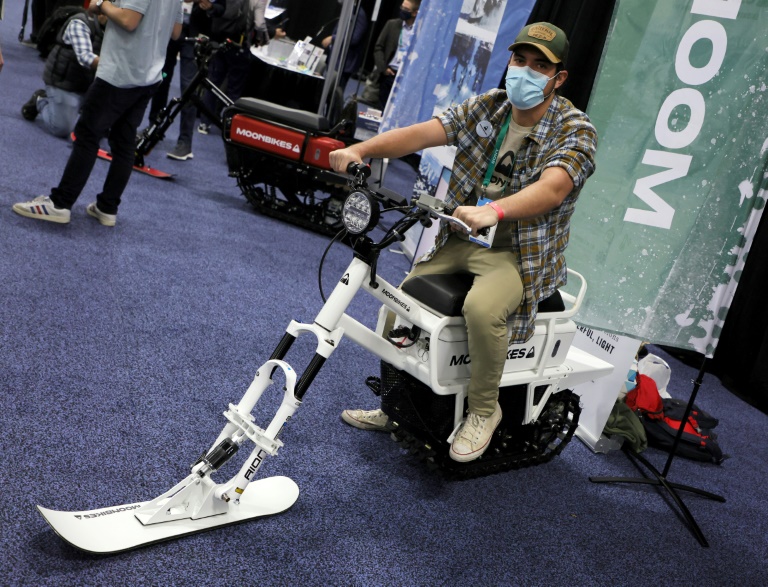 “It’s electric and silent, so it doesn’t bother customers and protects the environment,” said Nicolas Moron, founder of the French company.

His idea was to make this type of vehicle more attractive and easy.

“88% of snowmobile users are men with an average age of 46. So they are not for everyone. I wanted to make a machine that was easy to use.”

According to him, MoonBikes give sensations reminiscent of skiing. They are priced from $8,500 for pre-order in the US.

– A boat without a captain –

Hyundai has a solution for boaters who want to enjoy the sea without worrying about navigation. 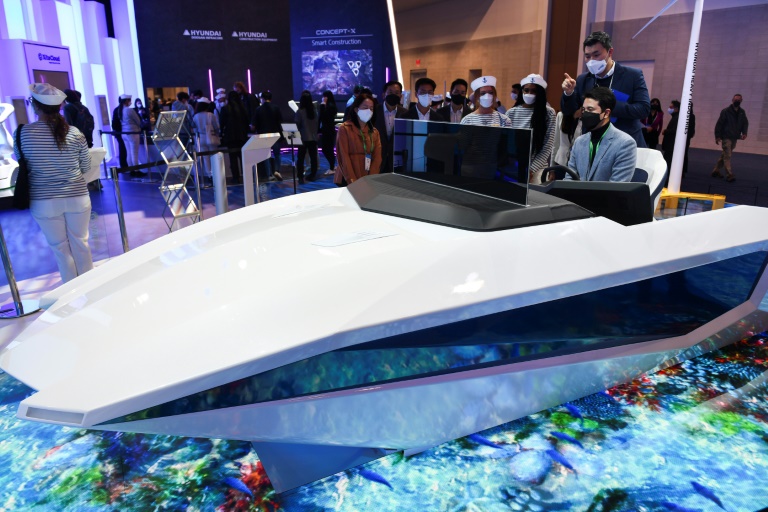 A demonstration of an autonomous boat model developed by Avikus, a subsidiary of Hyundai, at the Las Vegas Technology Show on January 6, 2022 (AFP – Patrick T. FALLON)

The South Korean manufacturer presented at the exhibition its “first autonomous boat”, which in 2021 completed a 10-kilometre voyage with 12 passengers on board in the city of Pohang.

“By incorporating autonomous navigation technology into pleasure boats, people will be able to greatly reduce the time required for berthing as well as the risk of accidents during maneuvers,” Avikus President Do-Hyeong Lim said in a statement. a program.

Hyundai has announced that it is preparing for a large commercial ship cruise with this technology.