Two boys died of Covid within a week at the same school: a pupil, 14, died of a stroke caused by the coronavirus and a 15-year-old died days later – after their strokes were delayed.

Written by Jacob Thorburn for Mailonline

Two boys from the same school died within days of each other after contracting Covid-19, postmortem tests have now revealed.

Mohamed Habib, 14, was a 10th grader at St John Fisher Catholic College, Newcastle-under-Lyme when he contracted the virus earlier this year.

The young man died on Sunday, October 24, and was buried days later at Fenton Muslim Cemetery after prayers at the lonely center in Hanley.

A medical examination has now revealed that Muhammad died of a cerebral hemorrhage after suffering a stroke caused by the Covid-19 virus.

It was also revealed that investigations are continuing into the death of 15-year-old Harry Towers, who also contracted the Corona virus, and who died on Saturday, October 30.

His sister, Charlotte Nugent, praised him and confirmed that he had not been vaccinated.

Mohamed Habib, 14, and Harry Towers, 15, were both GCSEs at St John Fisher Catholic College in Newcastle-under-Lyme (pictured) when they caught Covid and died in October 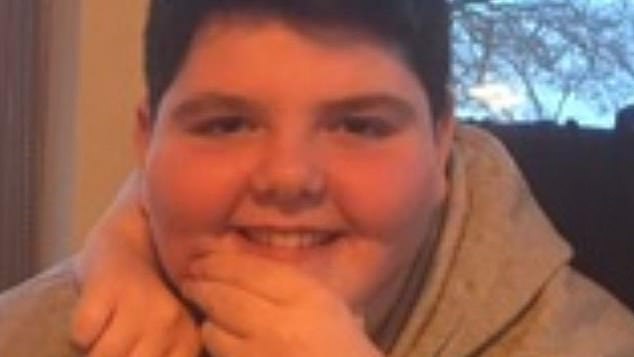 Investigations continue into the death of 15-year-old Harry Towers (pictured), who also contracted the coronavirus and died on Saturday, October 30.

Covid vaccinations were scheduled at the school just weeks before the two teenage students died, though they were rescheduled and only flu shots were offered, MailOnline understands.

Neither Harry nor Muhammad knew of the underlying health conditions.

The two students were remembered for prayer during a virtual gathering on Wednesday, November 3, where senior staff members paid tribute to the pair.

Harry’s death is still being treated as unexplained, but chief coroner Andrew Barclay expects the cause of death to be natural, according to the BBC.

He said: “It is true that the coroner considers that Covid-19 contributed to the death of Harry Towers, but at this point, the cause of death is still under investigation.”

Harry retested the negative lateral flow just two days before his death, and was planning to go back to school, but his condition deteriorated and he died two days later.

In honor of her, his sister Charlotte said he dreamed of becoming a history teacher and was a “good, kind boy who always stood up to bullies.”

Garrett Murray, Acting Principal of the Boys’ School, told the BBC: ‘We’ve gone further than expected with our Covid restrictions.

My rational head says we did everything we could and it was a tragedy either way, but with my irrational mind, I beat myself up every day.

Today, he refused to comment on the coroner’s findings or delay vaccinations against the Corona virus at school.